In 1835, Charles Veeder built an inn on a hilltop a few miles from Bayou Dorcheat. By 1837, he had laid out a town in the shape of a parallelogram. He named the settlement Minden, after the home of his ancestors in Germany. The little town soon became the largest in Claiborne Parish and, in 1838, received one of the first charters for a public school from the State Legislature. The Minden High School of today sits on the site of that original, Minden Academy. Veeder left Minden in 1849 for the California Gold Rush, but the community he left behind thrived.

Aided by the school and the early introduction of religion into the community, Minden was recognized as a town of culture. The Methodists established a congregation in 1839, followed by the Baptists in 1844, and the Episcopalians in the early 1850s. Large numbers of settlers coming from England and directly from long-settled areas of South Carolina and Georgia, Minden never experienced the rough frontier life of its larger river-port neighbor to the west, Shreveport.

A year before Veeder arrived a group of German Utopians who had followed the mystic “Count Leon” to North America established a settlement seven miles northeast of Minden. The Count had died at an earlier settlement and the group was led by his widow the “Countess von Leon.” For nearly four decades this unique religious Utopian colony operated successfully leaving a unique cultural impact on the Minden area. The colony disbanded in 1871, but today descendants of the colony play vital roles in the life of Minden. Today the colony is remembered by the Germantown Colony Museum, part of the Louisiana Secretary of State’s museum system.

The early economic life of Minden centered around commerce on Bayou Dorcheat. Three separate landings extending for more than a mile along the Bayou served the Minden community, and the city served as a shipping point for goods from much of the interior of North Louisiana.

Actual fighting never reached Minden during the Civil War, but the town sent three different fighting units to serve in the Confederate Army. Troop activity became almost constant in the area just before and after the Red River Campaign in 1864-65. During the winter of 1864-65 nearly 15,000 Confederate troops were quartered in several camps collectively known as Camp Magruder just east of town. The City of Minden surrendered to Union forces in late May 1865 and from June through December 1865 the community was occupied by Union troops from the 61st United States Colored Troops.

Reconstruction marked a trying time for Minden, at one point town voters wrote in the name of a local bull, rather than vote for a Carpetbagger candidate for mayor. However, in February 1871, one of Veeder’s goals for his town was achieved when the new parish of Webster was created. Minden became the parish seat and has held that distinction until today.

In the 1880s the railroad finally came to Minden and over the next half-century that industry would play a major role in the local economy. Minden eventually became the headquarters of the Louisiana and Arkansas Railroad. In addition, the owners of the railroad opened the Minden Lumber Mill, which at one point was among the largest in the world.

In February 1933, a major fire burned nearly a quarter of downtown Minden. In April, the largest bank in Minden failed and then, on May 1, 1933, a powerful tornado hit the city causing more than $1.2 million dollars in damage and killing 28 people. The disasters of 1933 placed Minden in a dangerous position as these events took place in the midst of the Great Depression. Fortunately, in 1941, Minden became the home of a large ammunition plant, the Louisiana Ordnance Plant. Over the next 30 years, later under the name of the Louisiana Army Ammunition Plant, that operation became the main economic engine of the local economy.

In the years since the closure of the Ammunition Plant, Minden has continued to thrive, based on a diversified economy and sound leadership. The city has preserved many of its early homes and businesses and earned a reputation as a city that treasures its past and respects its roots. She moves forward into the 21st century as a vibrant community and a wonderful place to live. 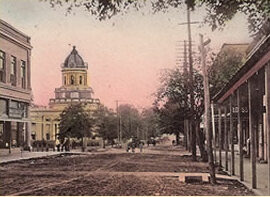 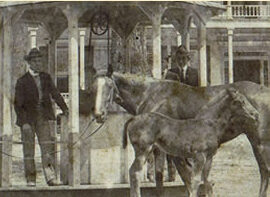 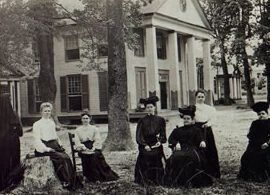 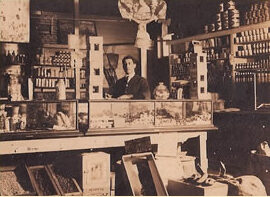 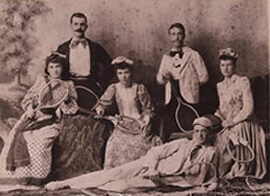